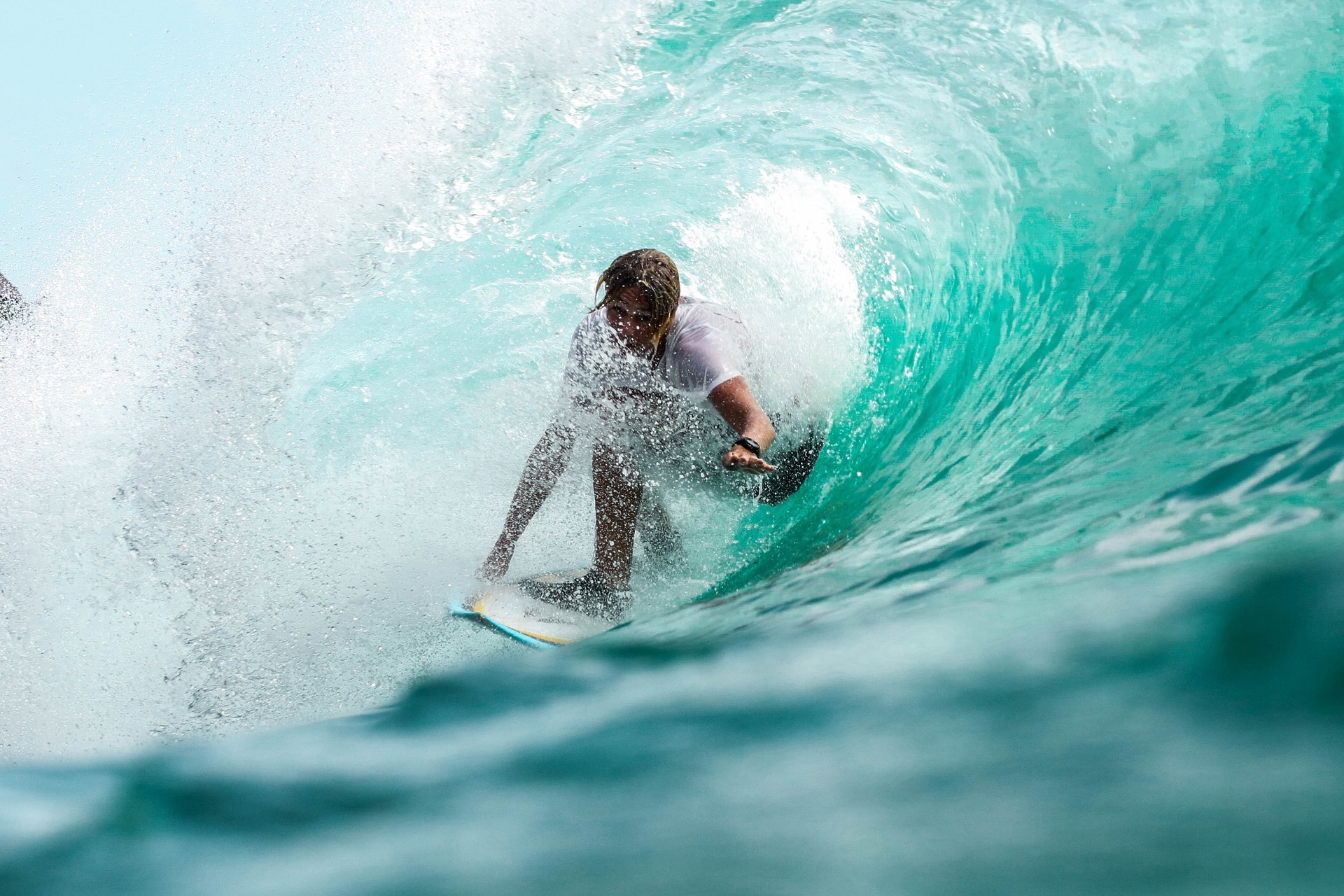 Are you an avid surfer or a novice in this exciting water sport? Or just a keen admirer? Either way, you can look for a few beach-inspired decor ideas and bring this laid-back surfing atmosphere into your home while waiting for the next wave! Here you can find the recent surfing statistics and some interesting facts that will help you learn more about this growing industry and the famous surfers’ culture. Find out about the roots of surfing and its history, as well as its effects on today’s economy.  Plus, here you can read about the most popular destinations, most dangerous surf breaks, most common injuries, and much more.

The Top 8 Most Exciting Surfing Statistics

In order to learn more about surfers, the Surfrider Foundation carried out a survey collecting data from November 2008 to September 2009. The surfing statistics in the US revealed that the majority of surfers are male (90%). Plus, most of them have at least a Bachelor’s degree (62%) and work full-time (67%).

3. The most experienced surfers come from Hawaii.

They are on average 38 years old and have 22 years of surfing experience. Plus, they go surfing the most often: 144 days a year. Living close to the beach has to be the main reason they’re so experienced and avid. On average, they only drive 8 miles to get to the beach.

4. A typical surfer comes to the beach in the morning and surfs for 2.5 hours.

5. Kitesurfing is the most popular surfing style.

This extreme sport combines the elements of windsurfing, skateboarding, wakeboarding, snowboarding, and paragliding. Current surfing trends show that windsurfing and wave surfing are in the top three most popular surfing styles, while big wave surfing holds the seventh position.

6. Surfing originates from Hawaii and Polynesia.

In premodern Hawaii and Polynesia, surfing was popular among both men and women, who practiced this sport regardless of their social status. Surfing spread to California and Australia in the early 20th century. One of the fun facts about surfing is that Jack London, an American writer, greatly contributed to its popularization when he published several articles about this water sport in American magazines.

7. Duke Kahanamoku is the father of modern surfing.

Kahanamoku is the most prominent figure in the history of surfing. He was a Hawaiian swimmer, who won five Olympic medals. The Duke promoted surfing all around the world and, particularly, he made this sport popular in California and Australia.

8. The first international championship was held in 1953 in Makaha, Hawaii.

One of the important surfing history facts is that it was organized for both men and women. This competition represents the birth of surfing as a sport. The first world surfing championship was held in Sydney in 1964.

9. Surfing will be at the Summer Olympics for the first time in Tokyo 2020.

The International Olympic Committee approved surfing as an Olympic sport in 2016 in Rio de Janeiro. 20 men and 20 women will compete in the ocean, so the conditions of surfing waves, wind, and tide won’t be artificially regulated. However, the Tokyo 2020 Olympic Games have been postponed due to the Covid-19 pandemic.

10. Bali is the most popular surfing destination.

This Indonesian destination is followed by Sri Lanka and Portugal. Of course, Australia is in the top 5 most popular destinations for surfers, together with Costa Rica.

11. Pe’ahi, Maui, is one of the largest surf breaks in the world.

Pe’ahi, also known as Jaws, is a surf break where some of the highest surfable waves form. They are 40 to 60 feet high from trough to peak, which is comparable to a four-story building. Regardless of these monster waves, in the case of surfing deaths, statistics show that this surfing spot isn’t the most dangerous in the world.

12. Pipeline is the most deadly surf break in the world.

Pipeline, also known as the Banzai Pipeline or just Pipe, is on Oahu’s North Shore in Hawaii. Since the 1960s, 14 surfers have lost their lives there, and many suffered serious injuries while surfing in this popular water surf spot. What makes Pipeline so perilous is the fact that giant waves crash over a razor-sharp reef. Even though there are a number of other spots famous for huge waves, such as Nazaré and Jaws, they’ve never taken the life of a big wave surfer.

The surfing industry is growing, and it has a positive effect on the global economy, especially in emerging economies. According to a study conducted at the University of Oxford, a location with a good surfing wave can lead to economic growth of 3% in the surrounding area.

14. The annual sales of surfboards and accessories are valued at about $3.1 billion.

Considering these facts about surfing products, hard goods make the largest part of the surf market. Interestingly, the annual sale of footwear amounts to $1.6 billion, so this is the largest segment when it comes to specific products.

15. The initial costs for taking up surfing as a hobby amount to about $640.

Are you thinking about starting surfing? The good news is that you don’t need much equipment for this exciting sport, just a surfboard and a wetsuit. So we’ve checked the surfing facts and information about the average costs of surfing equipment. Our findings show that if you live close to the beach, you only need to set aside about $380–$1,030 for a beginner’s surfboard and $129–$258 for a wetsuit. And you’re good to go!

Rodrigo Koxa from Brazil surfed the largest wave in Nazaré, Portugal, in 2017. One of the interesting facts about surfing is that the previous record was also made in Nazaré, when Garrett McNamara surfed a huge wave of 78 feet in 2011.

These monster waves made Nazaré, a Portuguese town on the Atlantic coast, a world-famous surfing spot. The waves are formed thanks to the underwater Nazaré Canyon.

James Cotton, an Australian surfer, holds this world record. He surfed on the Bono river bore on the Kampar River in Indonesia in 2016. The wave was 8 feet high, one of the many cool facts about surfing.

So far, Kelly Slater is the only professional surfer who managed to win the title of world champion 11 times. He’s often considered the best surfer of all time. Slater was born in Florida and grew up on the coast—no wonder he started surfing by age five. At the age of 20, he earned his first world title and thus became the youngest surfer who won the world championship. Based on the surfing statistics by the World Surf League, he’s also the oldest surfer to win the WSL men’s title (at the age of 39).

Donald Dettloff is the proud owner of this impressive collection. In fact, he created a surfboard fence on his property in Maui, Hawaii. And we have to admit—this is an exceptionally original idea for garden decoration.

One of our favorite surfing fun facts is that dogs can surf, too. And they even break records. In 2011, an Australian Kelpie rescue dog called Abbie Girl surfed the longest wave on the Surf City Surf Dog event in San Diego, CA. Dog surfing competitions were first organized in the 1920s in California and Hawaii and have been popular since the 1930s, when a silent movie was filmed about a man and a dog surfing together.

21. Surfing is not as deadly as it seems.

From 2011 to 2017, four big wave surfers died: Sion Milosky, Kirk Passmore, Alec Cook, and Zander Venezia. The most common cause of death among surfers is a blow to the head after which a surfer becomes unconscious and drowns. Even though shark attacks are often in the spotlight, surfing death statistics show that they haven’t taken as many lives as drowning incidents.

22. 45% of injuries are caused by contact with a surfboard or another surfer.

While most people think that wiping out is the main cause of injuries, it actually accounts for 36%. It’s followed by hitting the seabed, which causes about 18% of surfing injuries. In the case of concussions, surfing statistics indicate that 26% of injured surfers suffer from this type of injury.

23. Lacerations are the most common type of injury caused by surfing.

About 50% of the injuries that happen while surfing are lacerations. More than 25% of all surfing injuries are sprains, while dislocations and fractures are also frequent. Surfers also often suffer from swimmer’s ear and surfer’s ear, as indicated by the surfing statistics from Australia.

Therefore, surfing is generally considered safe. Injuries don’t happen very often, and most of them aren’t serious. Leg injuries account for about 46% of all injuries. They’re followed by head and facial injuries (26%).

What percentage of surfers are female?

According to 2012’s survey carried out by ISA (International Surfing Association), among all the people surfing, women accounted for 19%, while 81% were men. Even though there’s still a huge gap between men and women in this sport, the situation is getting better considering that in 1990, only 3% to 5% of surfers were female.

How many surfboards are sold each year?

Based on findings from 2003 regarding the surfboard industry, over 400,000 surfboards are sold every year all around the world. Most of them (about 240,000) are sold in the US alone. According to more recent stats, the annual sales of surfboards and accessories amount to over $3.1 billion.

Yes, surfing is very popular among people of all ages all over the globe. It’s estimated that there are 18 million surfers in the world, and this number is only growing.

What percentage of Australians surf?

Based on the Sweeney Report, 2.5 million Australians surf. However, Andrew Stark, CEO of Surfing Australia, believes there are half a million to a million more surfers in the country, which is often associated with this water sport.

How much money do surfers make?

Most of the WCT surfers earn from $250,000 to $400,000 a year. Only the top-ranked pro surfers can earn millions, while those who are lower-ranked can earn about $100,000. However, surfers who aren’t on the WCT list typically can’t make a living from surfing.

Who is the richest surfer?

The most famous surfer, Kelly Slater, is worth $22 million. He’s been a professional surfer for over 20 years, and he’s been the WSL champion 11 times. Next on the list is Laird Hamilton, whose net worth is $10 million.

As you can see, the surfing statistics show that this exciting outdoor sport is growing in popularity. In addition, it’s been included in the Olympic Games, so it’s reasonable to assume that the number of eager surfers will considerably increase. As a result, areas close to popular surf breaks can expect to feel an invigorating economic effect.

An undergraduate degree in history and art history only fueled Whitney’s love for research and the written word. After writing her first novel, she went on to receive a master’s in publishing, with a focus on editing—giving her the opportunity to edit several successful, award-winning novels. When she isn’t writing historical fiction, Whitney loves to immerse herself in the cold, hard facts by editing informative and useful online pieces that add value to people’s everyday lives. 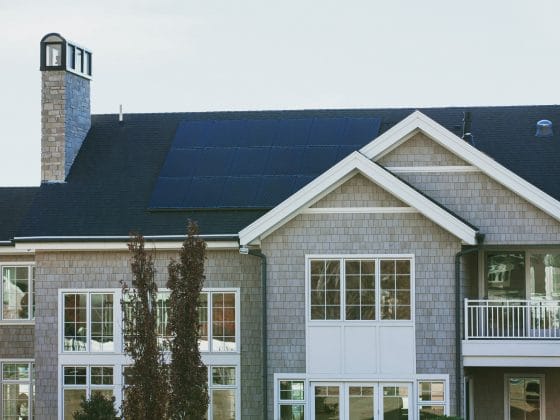 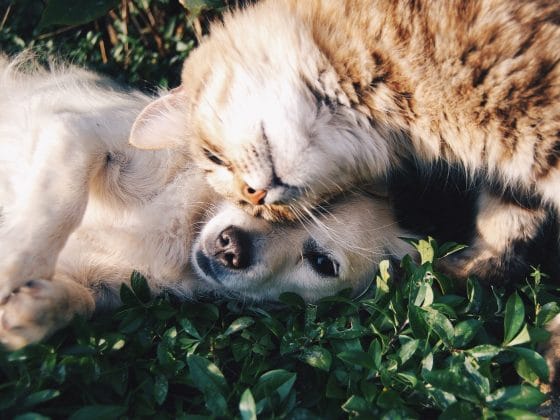