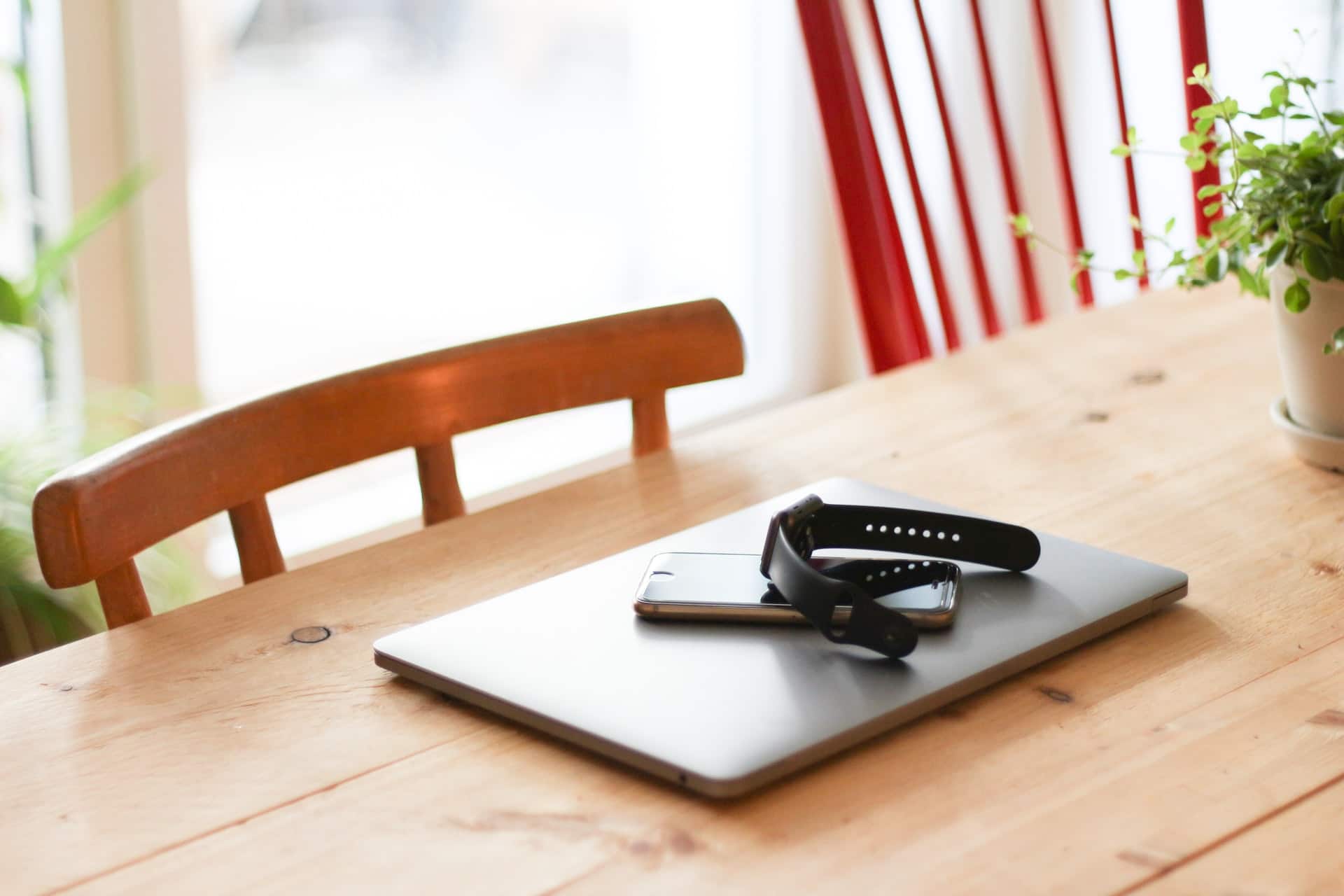 That’s why the following internet of things statistics are worth looking into. To understand where it’s headed, it would be proper to check out its current state. The data you’ll find here offers deep insights into our reliance on digital technology, as well as our habits when it comes to all things related to the internet. We’ve compiled a list of the most noteworthy facts and figures so you don’t have to scour every corner of the web to find them.

Just how many IoT devices are there? At the very core of the internet of things are the devices it’s compatible with. In the past, we could only connect to the internet through computers. Now, there are various compatible devices. Here are the biggest facts in that area.

The number of devices connected to the IoT continues to increase with each year. So how many connected devices will there be in 2020 and on? In 2015, there were about 15.4 billion connected devices only. In 2020, that number is expected to double to 30.7 billion. By 2025, it will grow to 75.4 billion devices globally.

2. 63% of IoT electronics for consumers will account for all installed IoT devices in 2020.

It looks like the consumer sector is playing a major role in the IoT’s expansion, as 63% of IoT devices will be consumer electronics. These devices include smartphones, laptops, and wearable devices.

The industry is currently projected to become a $1.7 trillion market by the end of the year, according to the internet of things statistics for 2019. In addition, analysts believe that 35% of this market will be shared by hardware, and it will be the dominant force as well. It’s followed by IoT services at 27% and connectivity at 22%.

The thing about the rise of IoT devices is that no one exactly knows the rate at which it’s growing. According to some experts, the number of connected devices could balloon to 200 billion this year, which isn’t entirely impossible considering the number of gadgets and appliances launched each year.

Wearable devices such as smartwatches and fitness trackers are becoming more common worldwide. In 2019, there were 222.9 million units of these types of devices shipped. This is expected to have a compound annual growth rate (CAGR) of 7.9%.

6. Every second, 127 new devices connect to the internet of things.

It’s hard to fully grasp just how fast the internet of things is expanding. To do so, we need to check out the number of connected devices. Analysts estimate that a whopping 127 new devices get connected each second. This number will grow further as more gadgets and appliances are bought.

7. Already by 2015, the number of IoT devices surpassed standard mobile devices by a ratio of 3:1.

When the number of IoT devices first began its big upswing, analysts forecast that these devices wouldn’t outnumber mobile devices until 2018. However, we’ve seen a much faster progression of the internet of things, as mobile devices were already thoroughly outnumbered a full three years sooner than projected.

8. The total number of cellular IoT connections will reach 3.5 billion in 2023.

More cellular IoT connections are being established worldwide. Most of them are coming from China. By 2023, it’s expected that of the 3.5 billion connections, 2.2 billion will be from Northeast Asia.

9. In 2020, there will be the equivalent of 4 IoT devices for every human on the planet.

The driving force behind the IoT industry will always be us, the consumers. According to the insightful internet of things statistics from Gartner, there will be at least four internet-connected devices per every human on the planet. This huge number will further boost the industry through sales of related devices. Of course, as the years go by and as product offerings become better, there will be more devices per human.

10. Almost half of all IoT devices are used at home.

It’s surprising to find that a majority of the internet of things devices we have we use at home. In fact, almost half of all IoT devices are for smart homes—these include smart speakers, home security systems, and much more. It just goes to show how deeply IoT devices have become a part of our lives.

Since it started to grow, the internet of things has spawned an industry of its own. Many marketers are hoping to dive into this worldwide industry thanks to how very lucrative it is. The IoT statistics below will give you a glimpse of its present and future.

11. Global business spending on IoT solutions will reach $6 trillion by 2021.

Major companies are taking notice of the potential in the internet of things. According to experts, the $6 trillion in business spending will be used to support new technologies that will help improve customer service and the customer experience.

A lot is expected of the booming global internet of things market. Just last year, it was valued at over $150 billion. According to market analysts, it could exceed the $1.5 trillion mark by 2025. And considering its current market movement, this isn’t much of a reach.

13. The majority of IoT devices are smartphones, which topped at 3 billion users worldwide in 2018.

Smartphones are a huge portion of the market, but smart home devices play a big role as well. According to the internet of things stats from last year, these devices contributed over $50 billion in sales to the industry. By the end of 2023, sales of smart home devices are expected to exceed $78 billion.

A lot of resources are now being pooled into the internet of things and its related devices. In 2016, a whopping $737 billion was spent on the industry globally. According to recent data, the spending will grow at an amazing rate to be at $6 trillion by 2021.

16. The internet of things will contribute at least $10 trillion to the global GDP by 2040.

Analysts are expecting the IoT industry to make a huge contribution to global economic growth according to some IoT statistics. The projected $10 to $15 trillion is roughly the same amount as China’s current economy.

17. Barcelona has created thousands of jobs through the internet of things.

The city of Barcelona is really putting the IoT to good use. For example, thanks to smart lighting powered by the internet, the city is able to save $37 million a year. Furthermore, it was able to create 47,000 new jobs fit for its new IoT initiatives.

The Internet of Things in Various Industries

The internet of things is far from being simply a consumer-focused experience—and various industries could be putting it to better use. However, the industries it’s becoming a part of are improving greatly—and thanks to these IoT trends, we as consumers are getting better services and products from companies and firms worldwide.

18. 40.2% of investments into the IoT comes from the business and manufacturing industry.

The greatest interest in IoT devices comes from the business and manufacturing industry. This includes devices that are able to control machinery, provide real-time analytics, and support other crucial processes. In this industry, IoT devices also give companies the capacity to produce an assortment of products much faster.

Of the different IoT market segments, the healthcare industry comes in right after business and manufacturing. As the second-largest consumer of IoT devices, the industry has greatly improved, and we now have better access to treatments and diagnoses. Some of the applications of IoT devices in this industry include health monitoring, automated surgeries and diagnoses, and of course, data management.

20. 8.3% of investment into the IoT is associated with the retail industry.

Surprisingly, the retail industry ranks third in its interest in IoT devices, but then, the growth of the internet of things has always been unpredictable. While online shopping has become a huge trend, retailers aren’t yet ready to rely on the IoT. However, when they do, they’ll use it for an assortment of purposes, such as order tracking and inventory management.

The rise of new threats to cyber and physical security has forced firms to use IoT devices to improve their defenses. The security industry uses IoT technology for remote sensors, biometrics, and even cloud server protection.

22. 4.1% of IoT investments are in transportation.

Despite the smaller role the IoT seems to play in transportation right now, IoT devices are still important. The IoT is primarily used for GPS locators, but according to IoT forecasts, these devices can help in the development and improvement of the future of automobiles—i.e., smart cars.

23. 80% of senior executives across leading industries believe that the IoT is a critical strategy.

Based on the data above, it’s apparent that the top dogs understand the good there is in the IoT. 80% of senior executives from various industries considered it an important part of their business in 2018. In fact, 28% of them plan on investing in security related to the IoT this year, according to this set of internet of things statistics.

Forecasts by analysts suggest that by 2023, the IoT banking and financial services market will potentially surpass $2.03 billion. This represents a 52% CAGR from $170 million back in 2017.

In 2016, the IoT manufacturing market size was valued at $10.45 billion. For the internet of things, a market analysis forecasts that by 2022, it will achieve a whopping $45.3 billion in the manufacturing industry, with a CAGR of 29%.

IoT devices are making their presence well-known in the education sector as well. These devices are used to further enhance the quality of education students receive. In 2018, the worldwide market of the IoT in education was only $4.8 billion. It will grow at a compound annual growth rate of 18.8% through 2023 to reach $11.3 billion.

While it seems like it’s already come far, the IoT industry is expected to make bigger achievements in the future. There’s no doubt that it will continue to play a huge role in our lives in the years to come. Here are some of the trends to look out for.

Internet of things statistics show that 2020 will be a transitional year for the global car market. In terms of how much more the IoT will improve our lives, market analysts believe that by 2020, 75% of new cars will have built-in IoT connectivity. This will allow for safer, more efficient autonomous driving. Furthermore, it can also help us easily access useful apps from our cars as well.

What many don’t know is that even our clothes can have IoT connectivity. This trend has been around for a while now, as 968,000 units were sold in 2015. If the projected numbers for 2021 are correct, this represents a compound annual growth rate of 71.6%. Clearly, more and more designers are jumping on the smart clothes bandwagon.

These are just some of the most compelling figures covering recent internet of things statistics. If there’s one thing these numbers tell us, it’s that our reliance on internet connectivity will only become greater in the coming years. This means we’ll have better access to everything on the internet years from now.

Hi, I am a researcher, writer and contributor. With a degree in global economics, statistics and business management I first started writing about personal finance but my real passion is in the eco-friendly tech niche. Topics such as recycling and various applications of IoT. As a content strategist, my goal is to spot the perfect place for the perfect word. I live in a cabin on the outskirts of the city, enjoying the smell of handmade wooden furniture and pine trees. 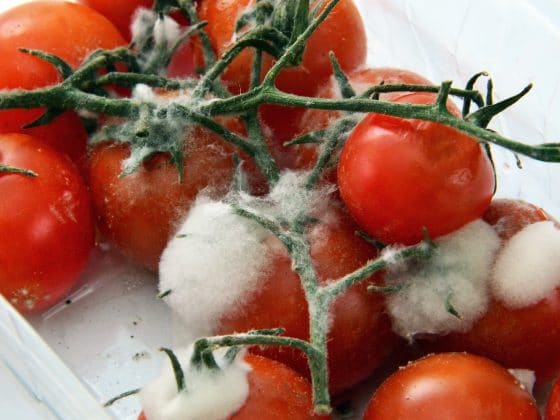 21 Fascinating Mold Statistics Everyone Should Know 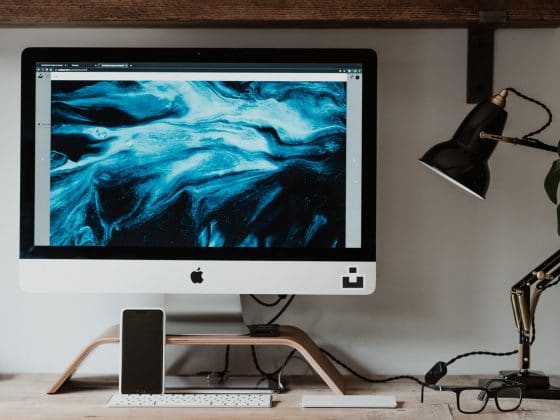