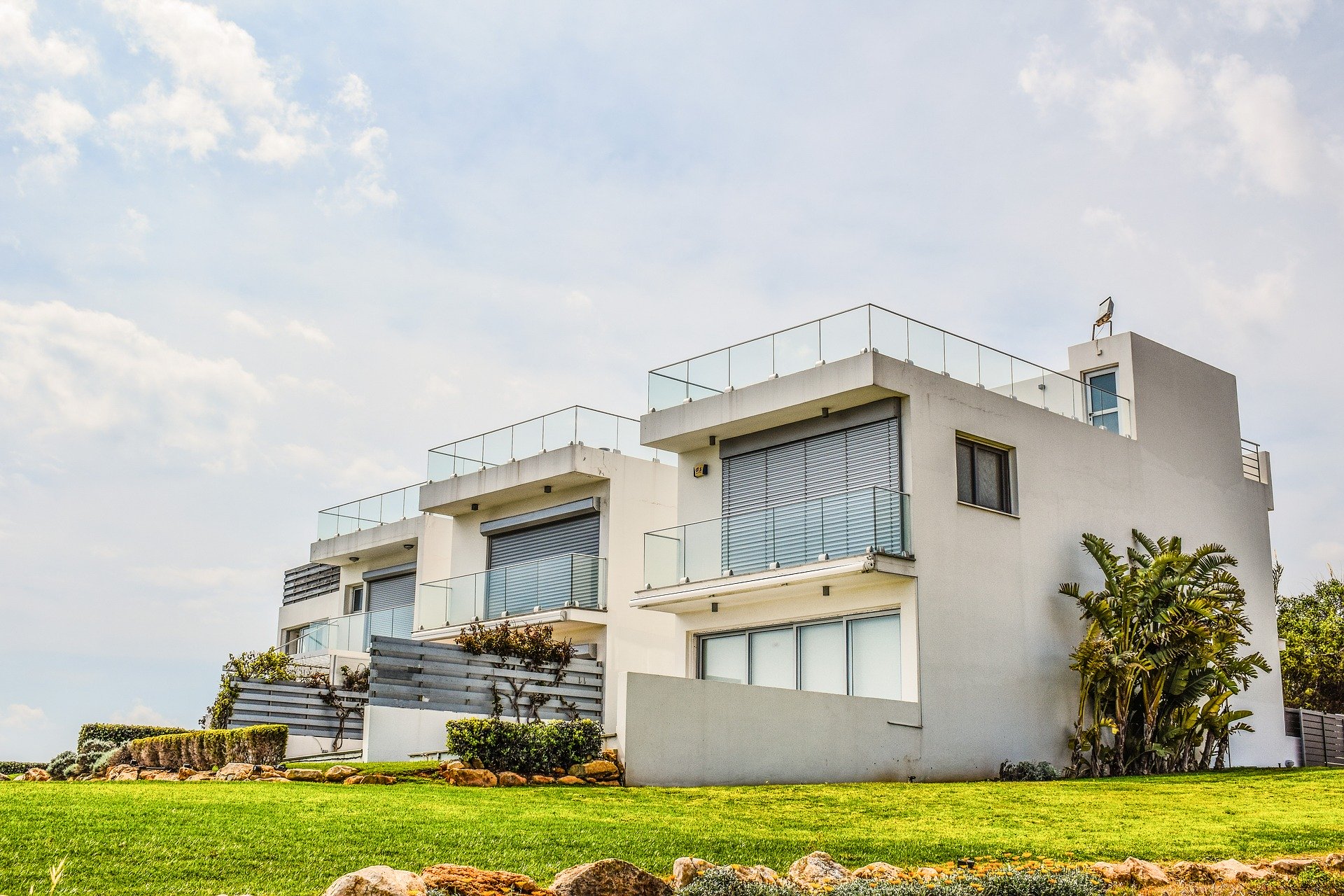 21 Foreclosure Statistics to Read With a Roof Over Your Head

Losing your home is one of the scariest things that can happen to a person. The stress, fear, confusion, and sense of loss can simply be too overwhelming to deal with. One of the most common reasons for foreclosures is people not understanding what they’re getting into when they sign a mortgage.

These foreclosure statistics will help you stay on top of the housing market so you don’t have to live through the devastation of losing your home. Staying educated and informed is the only way to protect yourself and your family. By reading about foreclosure in general, knowing how things work, and learning from other people’s experiences, you shouldn’t have anything to worry about.

The Top Foreclosure Statistics to Remember

1. As many as 65% of renters said they rent simply because of the circumstances they’re in.

A smaller minority of renters (32%) said they opted to rent because that was their preference. When asked if they would continue to rent in the future, only 23% said yes, while 72% said they hoped to buy their own place at some point.

3. Those not belonging to the white ethnic group were more likely to rent due to a lack of funds for a down payment, at 61%.

Meanwhile, 45% of whites who rent say it’s because they can’t afford a down payment for their own home. Furthermore, non-whites were more likely to rent because they couldn’t afford a home in the neighborhood they wanted (54%). Only 32% of whites listed this as a reason for renting.

Regardless of race, the majority of people believe buying a house is a good investment, with only 8% of whites and 16% of nonwhites disagreeing with this statement and choosing to rent instead.

A policy scorecard has been devised to better comprehend what steps states are taking to prevent homelessness. Massachusetts had the highest score of 4.15, while Connecticut was second with 3.78. Delaware took third place with 3.73. Wisconsin, Utah, and Texas were among the states awarded a zero, which means they either didn’t introduce any measures or those measures expired.

6. The highest rates of foreclosure were in New Jersey, New York, and Maryland.

This makes Alaska the state with the fastest-growing rate. This may have something to do with the state’s struggling economy due to 2014’s dip in oil prices. However, the real estate market is still strong, and the rates are well below what they were during the Great Recession.

8. 59% of Americans think it’s wrong for homeowners to deliberately allow their homes to be foreclosed on.

Even though the majority believes this, 19% still say it’s acceptable for homeowners to deliberately stop paying their mortgage and give up their home. The same foreclosure statistics show that an additional 17% believe it all depends on the circumstances.

9. 21% of homeowners were under water after the Great Recession.

What this means is that they owed more in their mortgages than what they’d make if they sold their home. Black homeowners were more likely to be in this situation, at 35%. In addition, those with annual incomes lower than $30,000 were more likely to be under water than those who earned over $75,000 per year, 33% vs. 15%.

10. 48% of homeowners believe the value of their home declined during the Great Recession.

This is one of the main foreclosure facts explaining why some people believe it’s acceptable to stop paying a mortgage. It seems renters are even more prone to saying it’s fine to stop making payments, with 25% backing this opinion.

12. Foreclosure stats: 64% of Americans believe young adults can’t afford to own a home.

Yet, 52% said it was important to own a home in order to become part of the American middle class. Only 24% said owning a home is affordable for people in their 20s and 30s, while 10% believed it all depended on the circumstances.

Regardless of their differences in homeownership, both ethnic groups suffered from the Great Recession. In 2016, 71.9% of white people owned a home, while only 41.3% of black people did. Hispanics also make up a large portion of the US population, and 48.1% owned a home in 2004, while 47% did in 2016.

This study also demonstrates alarming disparities based on demographics. Blacks have experienced the most significant drop in applications, going from 425,603 in 2004 to 96,120 in 2015—a 77% drop. Hispanics were similarly affected, with a 76% drop (772,503 to 187,810 for the same years). Whites also applied for loans less, though they experienced a significantly lower drop than the other two ethnic groups, at only 45%.

The Most Common Reasons for Foreclosures: Statistics and Facts

18. Divorce can cause people to lose their homes in foreclosure.

Since divorce is costly, it doesn’t always mean that the person who ends up keeping the house will be able to keep up with monthly payments of the home loan. Along with that, lack of communication between the couple getting a divorce can result in simply forgetting about the mortgage. These scenarios, and many more, lead to foreclosure after a divorce.

19. The foreclosure rate goes up when unemployment rates do.

Because the economy becomes weaker or stronger depending on what’s going in the world, having a job today doesn’t necessarily imply employment tomorrow. Very few people have enough money saved up to cover future home loan payments and bills, sometimes resulting in debt and foreclosure by the mortgage lender.

20. Death can cause more than a loss of a loved one.

In instances where the breadwinner and main provider for the household dies, it’s very likely the family won’t be able to keep making monthly payments on the home loan, thus possibly even resulting in a home foreclosures auction. This can be a very trying and devastating time for a family, which is why it’s always a good idea to hire a housing counselor who specializes in foreclosure to help you deal with the situation adequately.

21. Medical bills may get in the way of paying a home loan.

The healthcare system in America is very expensive, and not everyone has the insurance to cover a major problem. Unexpected illnesses can cause people to put all their money into paying off the medical bills, often at the expense of paying off their home.

Are foreclosures up or down?

What state has the highest foreclosure rate?

In 2018, New Jersey had a rate of one in 605 properties being in the foreclosure process. This fact contributes to New Jersey’s title as the state with the highest foreclosure rates.

The high rates can be explained by the fact that bank repressions peaked in 2017 after 11 years of already being high.

Keep in mind while reviewing these foreclosure statistics that the possibility of foreclosure is nothing to be afraid of. Just because the process seems devastating doesn’t mean it’s inevitable. Education and precaution are our only weapons against uncertainty, and we should use them wisely, regardless of what form they come in.

Hopefully, this article provided some comfort and strength to help you deal with this (potential) situation adequately.

As a student of English literature, Nikolina has always been passionate about reading and writing. Whether it’s for work or pleasure, she finds she best organizes her thoughts on paper. This is evident in her poetry and short stories, but also in the articles she writes professionally. As someone with a lot to say and a strong opinion on almost any topic, you could say this was her dream job. 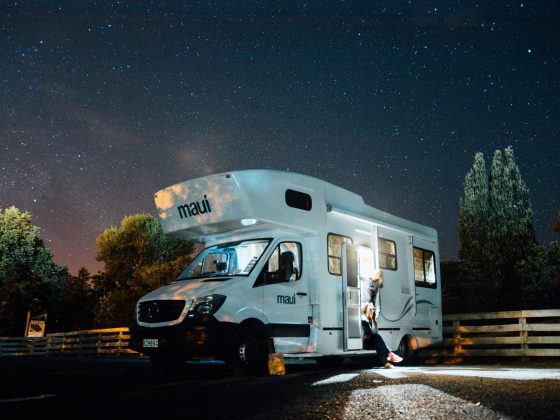 20 RV Statistics to Get You Closer to the RV Lifestyle 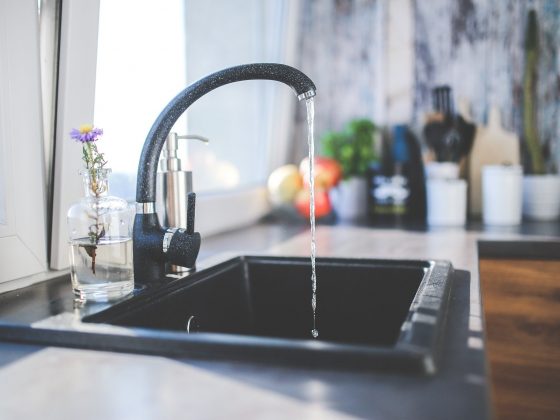 18 Not So Refreshing Water Consumption Statistics