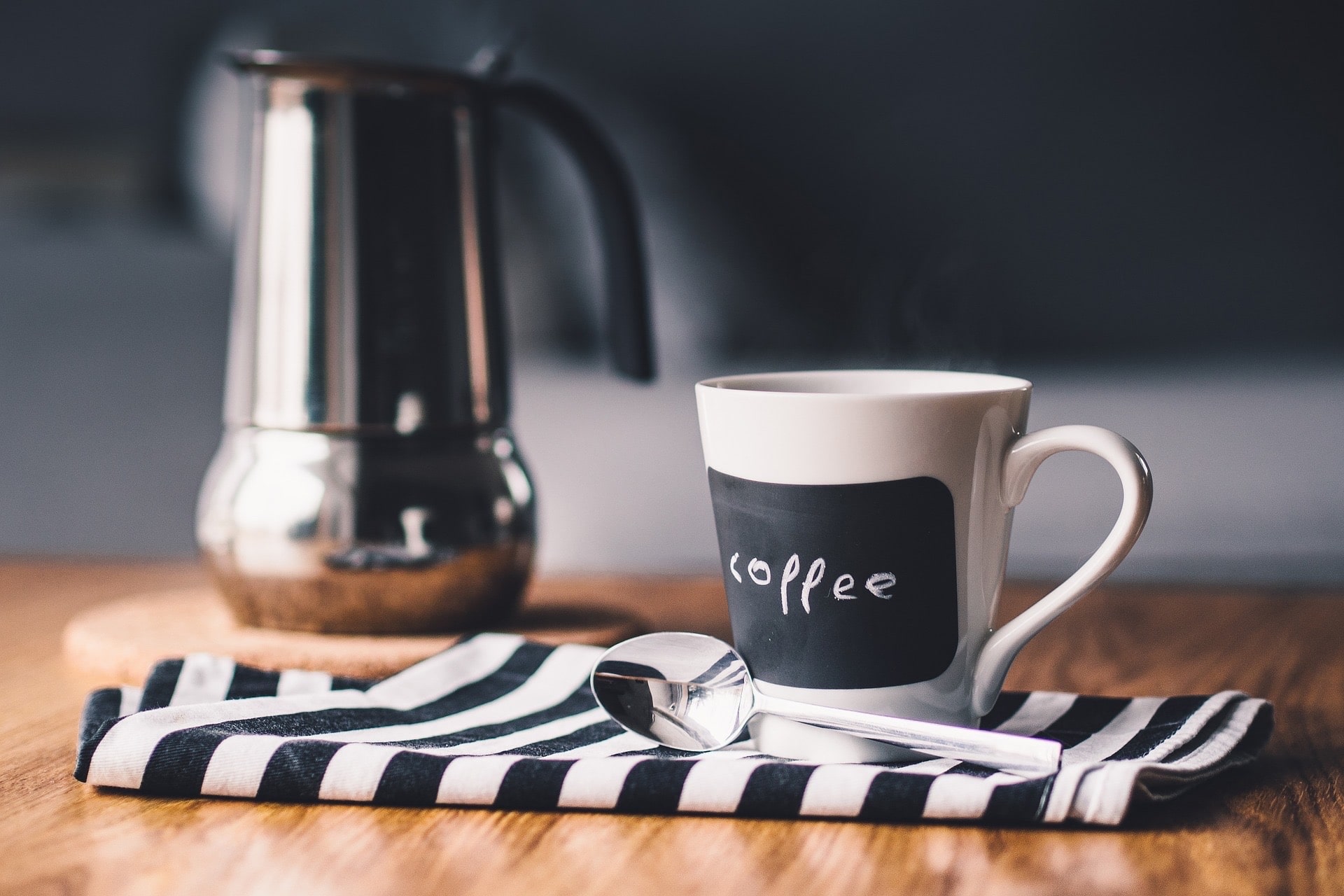 Coffee is one of the most famous and popular beverages in the world. With more than 60% of adults consuming coffee every day in the US alone, coffee’s appeal is not in question.

Apart from its unique and amazing taste and texture, coffee also contains caffeine. Caffeine not only helps you stay awake for longer periods of time, but it can potentially improve your health.

If you want to read and learn more about the advantages, history, and latest research about coffee, and everything that comes with it, read the following coffee statistics and facts we’ve prepared. You may be surprised by what you find out.

Coffee Stats From Around the World

In this section, find out how much coffee is consumed worldwide and what the most popular coffee brands are in different countries.

Therefore, this European country was the biggest coffee consumer. According to coffee statistics, it was followed by three Nordic countries. Namely, Finland, Sweden, and Norway consumed 7.8 kg, 7.6 kg, and 6.6 kg of coffee per capita, respectively.

2. Nordic Coffee Culture found in its coffee consumption statistics that 6% of Finnish women and 14% of Finnish men consume more than 10 cups of coffee every day.

Finland is also the only country in the world that requires a couple of coffee breaks during the workday, so that’s probably where residents find the time to drink so much of it. Coffee statistics worldwide show that the Nordic countries are serious about their coffee consumption.

3. Starbucks is the biggest coffee brand in the US, with more than 15,000 stores.

Having a cup of coffee in the morning in a nearby coffee shop or just grabbing it on the way to work has become an everyday thing for most of us. According to the coffee shop statistics, Starbucks has the most stores in the US, with more than 15,341 locations in over 3,400 cities. In the US, Starbucks is followed by Dunkin’ Donuts, Tim Hortons, Barnes & Noble, and Caribou.

4. With over 2,700 coffee shops, Costa Coffee has the most locations in Europe.

In Europe, the leader with the most stores is Costa, with 2,755 locations as of 2018. However, it’s followed closely by Starbucks (2,406 stores) and McCafe (2,253), according to coffee statistics for the UK and the rest of Europe.

5. Tim Hortons is the most popular coffee brand in Canada.

Coffee statistics from Canada show that 30.5% of Canadians use Tim Hortons brand of coffee at home. Folgers is the second most popular coffee brand and is used by 19.4% of people. In third place is Starbucks, which is used by 16% of Canadians.

7. Around 1.4 billion cups of coffee are consumed each day around the world.

However, surprisingly, more people may drink tea than coffee.

Here, we’ll specifically be looking at coffee consumption in the United States.

8. On average, US citizens drink around 2 cups of coffee at home each day.

According to the latest coffee statistics, 29% of respondents claimed they drank 2 cups of coffee at home every day. This is a slight increase from 2016, when the average sat at just 1.64 cups. Likewise, the survey also revealed that about 9% of US coffee drinkers drank 6 or more coffees per day.

9. In total, Americans drink about 400 million cups of coffee per day.

10. Berkeley, CA, is one of the best cities for coffee lovers in the US.

Second place goes to San Francisco, with approximately 44 coffee shops per capita and 8.3 coffee shops per square mile. And Pittsburgh, PA, takes third place with 53 and 2.8, respectively, if we are to believe recent coffee shop industry statistics.

11. Of all the US regions, the Northeast takes the lead in terms of coffee consumption.

Although Starbucks started out in Seattle, WA, stats for 2020 tell an entirely different story. Namely, if we look at coffee consumption statistics by state, the ones in the Northeast drink a lot more cups of coffee per capita (about 1.97) than any other region in the US.

Conversely, the American South drank the least amount of coffee per capita — merely 1.8 cups per day.

Helpful and Healthful Facts About Coffee

Are you interested in the health benefits of coffee? Then, this section is for you.

Many coffee drinkers want to lower their caffeine intake but still crave coffee’s taste and texture. The coffee nutrition facts show that even though decaf coffee has significantly less caffeine, it still isn’t 100% caffeine-free. So, you should keep this in mind if you are sensitive to caffeine.

13. One cup of black coffee with no cream or sugar has only one calorie.

However, after adding ingredients like milk, syrups, sugar, and whipped cream, your coffee won’t fit the healthy drink bill anymore.

14. Coffee that grows in Sumatra is something special.

Sumatra is one of the biggest islands in Indonesia. Coffee production there began around 1884 near Lake Toba, a volcanic lake. The Sumatra coffee facts show that this coffee has a unique earthy, creamy, chocolaty taste, with a hint of mushroom, which some people absolutely love and some despise—there’s no in-between.

15. The average caffeine in a cup of coffee is usually around 95 mg.

Brewed coffee is the most common way to make coffee in Europe and in the US. One cup of brewed coffee contains between 70 and 140 mg of caffeine—or on average, around 95 mg.

A 2012 study showed that people who drank 4–5 cups of coffee per day were up to 16% less likely to die in the following 12–13 year period compared to those who didn’t drink coffee. However, one of the fun facts about coffee shows that people who drink less coffee, around a cup a day, still reduce their risk of early death by 5% to 6%. This is a great reason to drink coffee!

The History of Coffee

Here, we’ll be looking at where coffee comes from and how it has evolved over the years.

18. An Ethiopian legend says coffee was discovered by a goat herder named Kaldi.

(Coffee Crossroads, Want to Know It?)

The legend takes us all the way back to the 9th century when Kaldi saw his goats eat unfamiliar red berries with shiny leaves. They then began prancing and dancing, and after trying a couple of these berries himself, he joined his dancing goats.

Later, a monk saw Kaldi and his goats. After Kaldi told him about the berries, the monk was shocked and delighted because those berries were the answer to his prayers. These coffee fun facts then bring us to a time when monks started using coffee beans to stay awake during prayers.

Another legend takes us to 1727 when Sergeant Major Francisco de Melo Palheta was sent to French Guiana to secretly steal away some coffee seeds. Coffee beans were very well guarded, so smuggling the beans was almost impossible.

These fun facts about coffee show that he hatched quite the clever plot. Francisco set his eyes on the Governor of Cayenne’s wife. When he was about to leave, she gave him a bouquet with some coffee beans hidden in it. Little did she know that would be the beginning of the Brazilian coffee industry, one of the biggest in the world. This is one of many interesting gardening facts to do with coffee.

20. There have been some attempts to ban coffee.

According to the coffee history facts, coffee wasn’t always celebrated. The first attempt to ban coffee took place in Mecca in 1511, when it was believed that coffee stimulated radical thinking, so the governor thought it would unite his opposition. The second attempt was in the 16th century when coffee was declared to be “satanic,” but Pope Clement VIII reversed this attempt after just one taste.

The history of coffee shows that the third attempt was in Constantinople in 1623, and the fourth in Sweden in 1746. The last and final attempt to ban coffee was in Prussia in 1777, when Frederick the Great simply thought beer was better than coffee.

In this section, we’ll be looking at some fun facts to do with coffee.

21. Luwak Coffee is considered one of the best coffee brands in the world, costing anywhere between $100 and $600 a pound.

22. The word “coffee” likely comes from the Arabic word for “wine.”

23. Coffee can reduce bad odors and act as a natural freshener.

Coffee is amazing, not only for its taste but also for the helpful impact it has on our bodies and minds. From the 9th century until today, it has gained a great deal of fame and popularity—and understandably so. Coffee has changed and evolved over time (you even get CBD coffee these days), but the basics are still the same. We hope these coffee statistics for 2021 helped you learn more about coffee and made you love it even more.

When was coffee discovered?

According to legend, coffee was discovered in the 9th century in Ethiopia by a goat herder called Kaldi.

In the US, how much coffee is drunk every day?

Coffee drinking statistics show that more than 450 million cups of coffee are drunk in the United States every day.

How many cups of coffee does the world consume daily?

An average of 1.4 billion cups of coffee are consumed globally on a daily basis.

What country drinks the most coffee?

Per capita, the biggest coffee drinker in the world is Finland, with more than 12 kg of coffee consumed per person every year. After Finland comes Sweden with around 11 kg of consumed coffee per person yearly. While the US represents a large portion of the world’s total coffee consumption (45%), it ranks much lower in relation to per capita consumption.

In the US, what percentage of adults drink coffee?

Statistics from the National Coffee Association showed that approximately 64% of US adults drink coffee.

What age group consumes the most coffee?

How much coffee is consumed in a year? 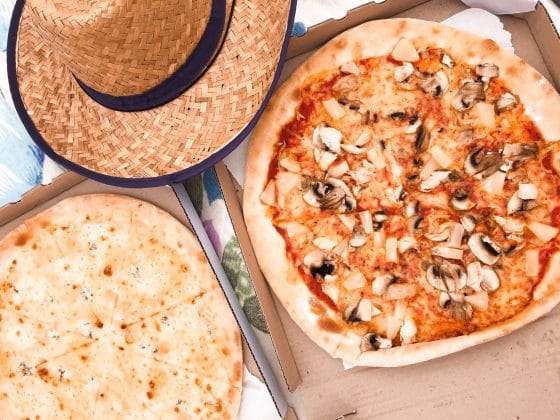 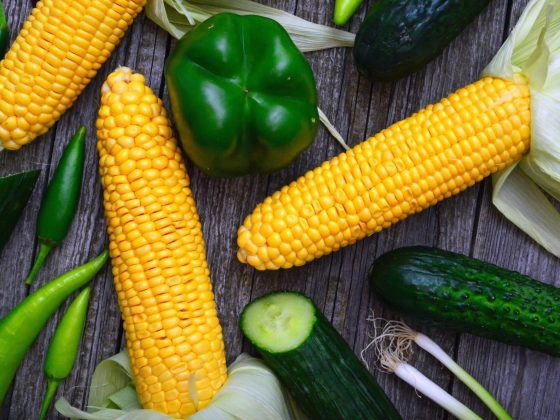 14 Home Depot Facts for Anyone into Home Improvement