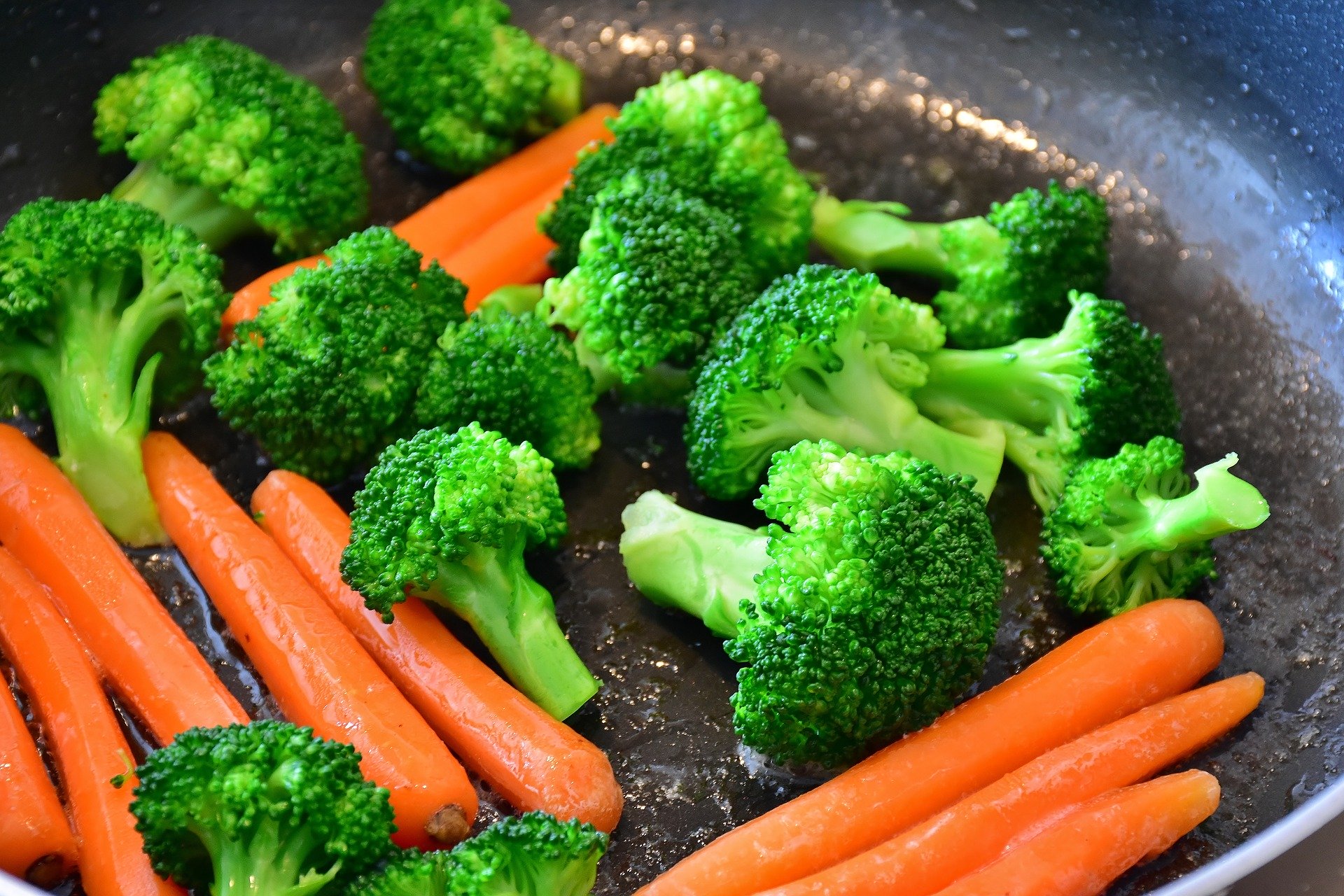 Food is not merely fuel; it’s also a source of pleasure. As a result of our fast-paced lives, getting to choose the ingredients in our meals and devoting the time to combining them have become a luxury.

More often than not, we’ll prepare anything that requires the least effort. While it’s reasonable to opt for a sandwich when your schedule is too hectic, dedicating an hour to prepare a quality meal is actually a creative and fun thing to do. It’s perfectly fine if you don’t love cooking, but still take a look at our latest cooking statistics and facts. They might persuade you to explore this vital craft.

Cooking Figures to Bear in Mind

1. When it comes to eating out vs. cooking at home, statistics show that the latter could be up to 5 times cheaper.

Having a meal outside the home from time to time is unavoidable. Still, some must find it exceptionally enjoyable since over half of an average household’s monthly food budget is spent on it. The price of a restaurant meal varies based on ingredients—while vegetarian or pasta dishes are usually cheaper, dishes rich in protein can be pretty pricey.

2. A little more than 33% of Americans cook at home on a daily basis.

According to the additional home cooking statistics, roughly half of Americans cook their meals 3–6 days weekly. The primary reasons Americans choose to cook from the comfort of their homes aren’t difficult to guess: home-cooked meals are wholesome and healthier (according to 22%) and usually more affordable (31%). Additionally, retirees are the most likely to cook at home. The working community often lacks the time and will to do so.

3. Surprisingly, cooking statistics from America suggest that only 13.7% of those surveyed prepare their meals at home because of a strong passion for cooking.

Not long ago, all we had were our great grandmothers’ recipes passed down through the generations. Nowadays, the internet offers a wealth of information—from recipe websites with detailed step-by-step guides for any delicacy that interests you to online courses about healthy nutrition and culinary skills.

Bearing that in mind, it’s rather surprising that the majority of Americans don’t mention a love of cooking as the top reason they spend time in the kitchen. Moreover, one out of five Americans says their dinner choice is determined by the current contents of their refrigerator.

4. However, the latest cooking stats suggest that as a result of the pandemic, Americans are both cooking (54%) and baking (46%) more.

According to the most recent poll on quarantine cooking habits, it seems that isolation has had a positive impact on Americans’ self-confidence in the kitchen, and they will hopefully retain their new approach to home-cooking. Moreover, 50% report they’ve become eager to learn as much as possible about cooking, and 73% say they’re genuinely enjoying it more than they used to.

5. In the case of community college students and cooking, statistics indicate that 42% are “food insecure.”

A survey involving 43,000 college students (from community colleges to private universities) found that 36% are food insecure. The key reason behind this is that they simply cannot afford healthy nutrition. Hence, they often opt for cheap takeout or whatever they find to be the most economical solution.

6. According to the home cooking statistics, UK citizens reluctantly spend time in the kitchen—and takeout app orders seem to have tripled between 2013 and 2018.

Furthermore, 75% of the survey participants said that there’s nothing wrong with a diet that regularly incorporates such meals. This percentage is even higher among the younger population (up to 80% for those aged 18–24). In 2018, estimates showed that a UK citizen spent around £1,320 ($1672 USD) ordering takeout annually.

7. The oldest traces of cooking we have today could be one million years old.

It’s assumed that cooking has existed for more than 2 million years, but it took the form it has today only once pottery was made (approximately 1 million years ago). In the Middle East and Europe, explorers have found evidence of 300,000-year-old fireplaces, earth ovens, and burnt animal bone leftovers.

8. Cooking facts indicate that the Culinary Tablets kept at Yale, dating from 1700 BCE, are the world’s oldest documented recipes.

According to the researchers, these recipes originate from Ancient Mesopotamia, and they contain lists of ingredients for dishes that are believed to have been prepared for royalty. The recipes are primarily based on meat dishes—although a few of them contain vegetables. There are also some pastry recipes.

Here’s one of the fun facts about cooking that you might also find bizarre: in Medieval England, chefs used to serve pies for theatrical purposes. What does that mean? Namely, the pie would usually contain a live creature that would be freed once someone sliced into it. Most often, those were squirrels or frogs, but it’s been reported that even birds would sometimes fly out of the pies.

10. Pasta became a main dish in Italy during a 17th-century crisis that limited meat supplies.

Italians love pasta—it’s the essence of modern-day Italian cuisine. However, one of the facts about cooking you probably weren’t aware of is that even in Italy, pasta was barely a side dish during the Middle Ages. It was in 17th century Naples that pasta was popularized as a main dish, and this could be explained by a food crisis that caused a shortage of meat supplies on the market.

11. In colonial America, beavers were considered a delicacy.

In the 17th and 18th centuries, the beaver population was fast-growing—and so was the beaver fur trade, particularly in North America. We’ve stumbled upon some quite bizarre colonial cooking facts, but this may be the oddest. According to the cooks of the time, beaver had a sharp, earthy taste and odor.

12. Women who prefer to cook from scratch after gaining recipe information on food TV shows tend to have a higher BMI than those who don’t.

A recent poll involving 500 women in their twenties and thirties has revealed some quite interesting facts about cooking. On average, women who rely on cooking shows weigh 11 lb more. As it turns out, it may be healthier to obtain recipes from other media like the internet or magazines, or even from attending cooking courses.

13. Have you ever wondered how to prepare vegetables so that the key nutrients are retained? Try microwaving.

Although the food we associate with microwaving is usually junk food, one of the tips not many know is that it’s the healthiest way to prepare vegetables. It still won’t be the same as eating raw vegetables, but it’s the best option if you have to cook them.

14. There’s a wide range of culinary occupations (besides being a cook) to consider.

Here’s another of the interesting facts about cooking we rarely think of: while most people associate the cooking profession with cooks or chefs, there’s an abundance of professional opportunities related to cooking that are worth considering if you’re a food buff. For instance, if you’re artistically inclined, you could become a menu designer, dining room decorator, food critic, food stylist, or food photographer.

15. When it comes to helpful cooking facts for kids, your kitchen time can help you educate your children.

Cooking offers a great opportunity to teach your children various lessons while reading through recipes, such as key math concepts like measurement and fractions. For the youngest ones, or those learning a foreign language, teaching your kids new kitchen vocabulary can be a great lesson during food preparation.

16. More fun cooking facts: there’s a type of fish served in Japan that requires a chef to get a special license before being allowed to serve it.

Pufferfish is an exotic dish that poses a danger even to the one preparing it, and if not prepared properly, it will most certainly kill the one eating it. Because of this, chefs are required to get a license for serving this delicacy. Pufferfish organs secrete a substance that is potentially 10,000 times more toxic than cyanide.

The possible rationale might be that stores are running out of pork and beef, or people are making healthy changes to their nutrition now that their usual physical activities have become limited. No matter the reason, consumers are buying more fish and shellfish than ever. Now the people mostly have to cook at home, they’re discovering how easy seafood is to prepare.

How do I start cooking more at home?

You will have to organize your life to make time for it. For instance, you could try opting for a specific time of the day or week for grocery shopping, and you could cook in advance. If you opt for the latter, be very specific about what you would like to prepare for each day. Also, you should look for several meals that contain all the essential nutrients, arrange them in big batches, and alternate them—don’t neglect versatility when it comes to nutrition.

How much time do Americans spend in the kitchen?

On average, Americans over 18 spend 37 minutes daily on meal preparation (clean-up included). However, this tends to vary by demographic. For instance, the average woman spends 51 minutes cooking, while men spend 29 minutes less than that. It’s also interesting that kitchen remodels are the most popular home improvement projects.

How often do people eat at home?

According to estimates, the average American eats out 4–5 times per week, which implies they may be eating out more often than they prepare meals at home.

Is cooking at home healthier?

Apparently, yes. Those who eat more home-cooked meals live healthier lives. First, their calorie intake is lower than that of those who eat out. Furthermore, eating cooked meals is likely to increase the intake of healthy nutrients that are found in meat, vegetables, and fruit.

Is it really cheaper to eat at home?

Yes, it is. According to an analysis of the benefits of cooking at home versus eating out, when you cook at home just once, you save about $16. In other words, if you make an effort to cook from scratch at least once a week, you could save up to $832 a year.

What are 5 benefits to cooking at home?

As we’ve already mentioned, cooking at home usually means better nutrition—you get to choose what you eat. Apart from eating healthier, if you have a food allergy, you can rest assured that you won’t ingest any undesirable ingredients. Along with being a fun and creative way to pass the time, it will most likely reduce your calorie intake. It’s also financially beneficial. Finally, it might have never occurred to you, but if you have children, you can teach them various math lessons with the help of cooking recipes.

Cooking at home is an activity that everyone engages in from time to time, and whether you enjoy it or not, the results are almost always worth the bother. After reading through our cooking statistics, you should fully understand just how beneficial it is to cook from scratch as often as possible—especially for your health and finances. Nowadays, it doesn’t have to be too complicated. It’s all just a matter of organization and your willingness to explore the different techniques at your disposal. 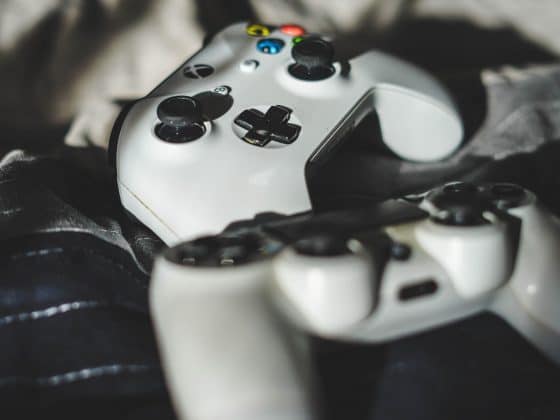 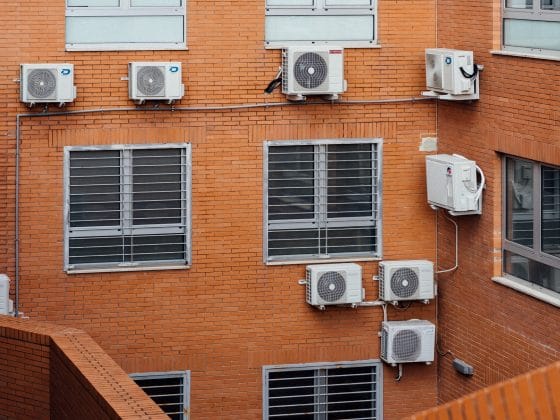